The Conference 4th International Summer School and Workshop “Complex and Magnetic Soft Matter Systems: Physico-Mechanical Properties and Structure” (CMSMS'21) will be the West University of Timisoara. The Conference will be held ONLINE. The host organization is located on Bd. Vasile Parvan, No. 4, Timisoara, Romania.

The third largest city in Romania (about 350,000 inhabitants), Timișoara has the charm of a small town and the opportunities of a big city. Situated in the Western part of the country, Timișoara is the capital of Timiș county, which borders Serbia and Hungary. Symbol of the 1989 Revolution against the communist regime, Timișoara has had a turbulent history. Now, it is a multicultural city, where Germans, Hungarians, Serbs, Jews, etc. live side by side with the Romanians. The city has plenty of outstanding monuments and buildings: the Orthodox Cathedral, the Roman Catholic Dome, the Huniade Castle, the Old Town Hall, the Bastion, the Union Square etc.

It is the only European city with three public theatres in three different languages (Romanian, German and Hungarian). It also has an Opera house, a symphonic orchestra and many art galleries and museums. Timișoara is an important academic center, with four public universities: the West University of Timișoara, the Polytechnic University, ”Victor Babeș” University of Medicine and Pharmacy and the University of Agricultural Sciences and Veterinary Medicine of Banat. Our city is a modern, cosmopolitan one, guided by the following motto: „Unity in Diversity”.

About West University of Timişoara

Located in the most important economic and cultural center from Western Romania, the city of Timișoara, WUT is the largest academic and research community in the area.

With more than 6% international students out of a total of 15000, WUT has 450 partner universities worldwide and offers over 20 study programmes in foreign languages (English, German or French) at Bachelor and Master. Additionally, all WUT doctoral schools offer the possibility to pursue research projects in a largely circulated foreign language. 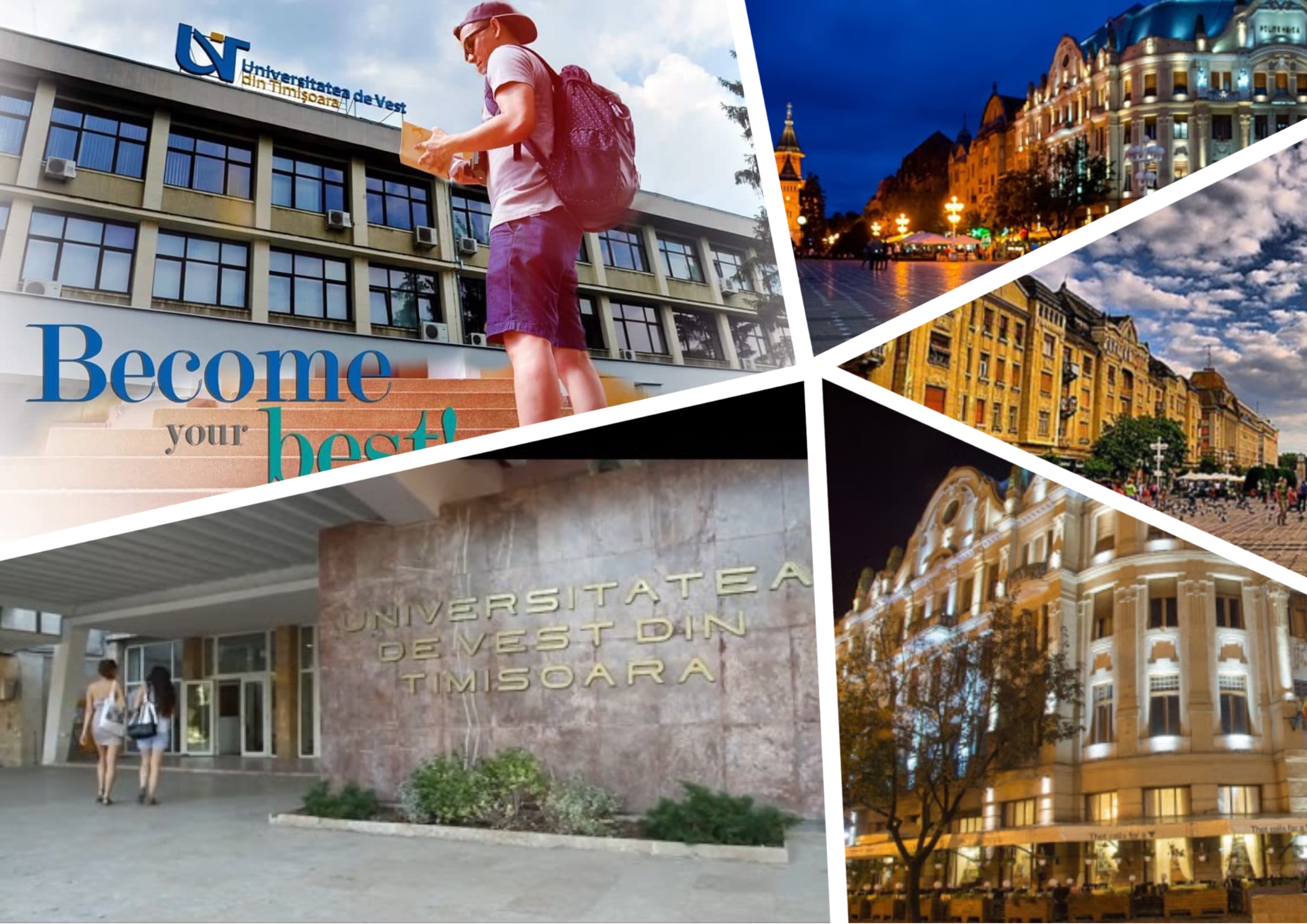